A conversation with the Editor-in-chief

In June 2019, Karla Soares-Weiser was appointed as the Editor-in-chief of the Cochrane Library, having worked as Deputy Editor-in-chief since 2016. Karla will open the 2020 Cochrane Ireland and Cochrane Symposium in Dublin with a plenary talk outlining her vision for the Cochrane Library and the future of review production in Cochrane. In this special session, Karla will elaborate on the themes in her plenary talk in conversation with Martin Burton, Director of Cochrane UK and Co-Chair of Cochrane’s Governing Board. 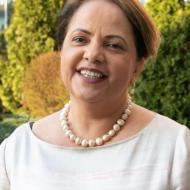 Karla Soares-Weiser was born in Brazil and now lives in Israel. She is a trained psychiatrist, holds a Master’s degree in epidemiology, and a Ph.D. in evidence-based healthcare from the University of São Paulo. She has been working in evidence-based health care since 1997 and is an author of over 60 Systematic Reviews, including 33 Cochrane Reviews. She has held numerous positions in Cochrane Groups, including as a Visiting Fellow at the IberoAmerican and UK Cochrane Centres, where she provided training in systematic review production. Outside Cochrane she has held Assistant Professor posts in Brazil and Israel, and established her own consultancy business providing evidence synthesis services to government agencies and not-for-profit organizations. She was instrumental in the development of Cochrane Response, the organization’s evidence consultancy service; and in 2015 was appointed Cochrane’s first Deputy Editor in Chief. Since 2016 she has been leading the transformation programme of Cochrane Review Groups into Networks. In June 2019 she was appointed as the Editor in Chief of the Cochrane Library. 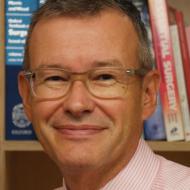 Professor Martin Burton is Director of Cochrane UK, the centre responsible for supporting Cochrane activities in the UK. He is Professor of Otolaryngology, University of Oxford, Honorary Consultant Otolaryngologist, Oxford University Hospitals NHS Foundation Trust and Fellow in Clinical Medicine at Balliol College. He is joint co-ordinating editor of the Cochrane ENT Group.