Randomized controlled trials (RCTs) provide evidence about the effects of healthcare interventions. However, flaws in design, conduct, analyses and reporting potentially undermine the accuracy of trial results. Therefore, assessments of risk of bias in the results of the included RCTs are mandatory in Cochrane reviews. The revised Cochrane Risk of Bias tool (RoB 2) is a major update to the Cochrane tool for assessing risk of bias in RCTs. In this workshop we will introduce participants to the RoB 2 tool.

We will introduce the key features of the tool. These include 1) result-specific risk of bias assessments; 2) the requirement to determine whether the focus of the review is in the effect of assignment to intervention or adhering to an intervention; and 3) the use of signalling questions within each domain that lead to algorithm-guided risk of bias judgements. We will explain the five domains assessed in the RoB 2 tool: bias arising from the randomization process, bias due to deviations from intended interventions, bias due to missing outcome data, bias in the measurement of the outcome, and bias in the selection of the reported result.

A worked example will be used to provide hands-on training and facilitate discussion.

We encourage participants to download and/or print their own copies of the materials. Both a Word template for completing an assessment and a semi-automated Excel template are available at https://www.riskofbias.info/welcome/rob-2-0-tool/current-version-of-rob-2. Detailed guidance on RoB 2 is also available.

The article we will be assessing is Krogh J, Saltin B, Gluud C, Nordentroft M (2009) The DEMO trial: A randomized, parallel-group, observer-blinded clinical trial of strength versus aerobic versus relaxation training for patients with mild to moderate depression. J Clin Psychiatry 70(6): 790–800. A small number of paper copies of the tool and the example will be available.

Target audience: Systematic reviewers and people from other disciplines with an interest in how bias can arise in RCTs. 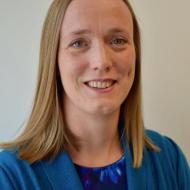 Alexandra McAleenan is a Senior Research Associate in Evidence Synthesis and a member of the Integrative Cancer Epidemiology Programme at the University of Bristol. Under the supervision of Professor Julian Higgins, she is currently performing both diagnostic and prognostic systematic reviews in brain cancer. She has a keen interest in sources of bias in randomized and non-randomized studies of interventions, particularly quasi-experimental studies. Alexandra is working on the ongoing development of ROBINS-I, prior to which she contributed to the development of ROB 2.  Alexandra gained a PhD in Molecular Biology from Imperial College London in Professor Luis Aragon's research group. She holds a MBiochem from the University of Oxford. Outside of work, Alexandra enjoys learning circus skills, and has developed a new love of cross-country skiing. 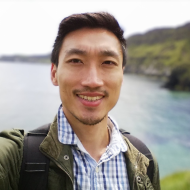 Vincent Cheng is an interdisciplinary researcher and a practicing pharmacist in the UK. His first degree was Pharmacy (BSc) at the Taipei Medical University. He came to the UK for his second degree in Pharmacology (MSc) at the University of Oxford in 2009 and subsequently gained a Swire fellowship for his doctoral degree in Physiology, Anatomy and Genetics (DPhil) in 2010. His doctoral work focused on the effects of intravenous iron on pulmonary circulation and exercise capacity in older people using a double-blind, randomised controlled study. He also experienced different study designs while worked on a range of human physiological studies. In 2016, Vincent moved into the area of evidence synthesis by joining Professor Julian Higgins’ group at the University of Bristol, allowing him to explore biases arising in different types of studies and evidence appraisals. Concurrently, he also completed his UK pharmacist training and registered as a UK pharmacist in 2018. His multiple roles as an academic healthcare professional allowed him to provide methodological support for primary and secondary care research as well as health services. He also has interests in applying technology into evidence synthesis and improving the review process.